“When you come to a fork in the road, take it!” quoth the late great Yogi Berra, who rates second to none in the ranks of our great American folk heroes, as much for these gnomic words of wisdom as for his immortal achievements on the baseball diamond. Let the post-modern deconstructivists make of this what they will; any ReFarmer worth his salt holds this wisdom close at heart, without having to think too much about it.

As one who has yielded Yogi's advice, i have come to a more nuanced understanding about forks -and while i still can't tell a salad fork from a dessert fork, i do now know a thing or two about forks of another kind. For example: that archetypal fork featured in “American Gothic” above is what you want for pitching summer hay, but it is no good at all for moving mulch & manure -which is much of what i'm doing these days. For these purposes, the Top 3 Tools in my arsenal are as follows:

From Left to Right, they are:

Based on these archetypes, many variations exist, but at this point i can say of each of these: This is my fork; there are many others like it, but this one is mine. (apologies to the USMC for my bastardization of their creed, but as i am not the first… All's fair in Love as in War :-)

But you know: much as we ReFarmers may obsess about our tools, it's not “the tool that makes the man” (HUman, i should say; Human as in Humus, the essence of soil -two etymologically related words, along with Humility). Speaking of forks, another late great American who played an important role in my former life famously said: “The thing that made you fat, darling; you wanna know what that is? It's not the fork, or whatever you might put on it; it's this thing at the end of your wrist. That's right: The hand that holds the fork.” It's all about choices, in the end.

So it is that, when faced with Yogi's fork, the ReFarmer can generally be counted on to take “the one less traveled by,” per another great American poet” (gee, this is turning into an introductory lecture in American lit :-) “That has made all the diffference” for me too, as i suspect it may do for you. 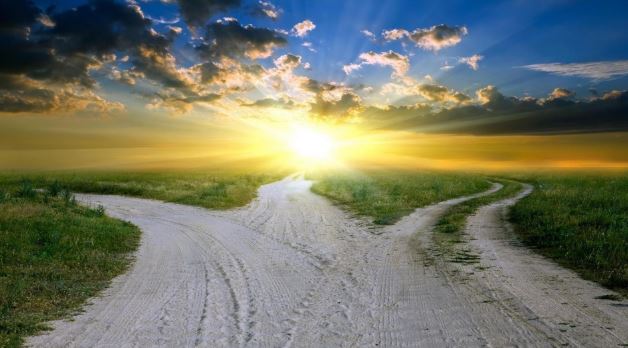 About Walt Ludwick
A closet ReFarmer for too long -out now, and making up for lost time!